by admin on October 1, 2015 in Uncategorized

We are so excited to share our good news with you.

Healing Boxes CIC is celebrating after it was announced that we are a finalist for the ‘Social Enterprise’ in the Entrepreneur Wales Awards, sponsored by Business Wales. In addition, the founder Grace Quantock is a finalist for Creative, Eco, Export/International Trade, Micro Business & Social Enterprise (UK) in the Great British Entrepreneur Awards.

The inaugural Entrepreneur Wales Awards, produced by the organisers of the Great British Entrepreneur Awards and the publishers of Fresh Business Thinking, is a national celebration of entrepreneurship and has welcomed over 230 applications from businesses and entrepreneurs across Wales.

Ms Quantock is the founder of Healing Boxes CIC, a social enterprise creating tailor made gift boxes for people living with health conditions, life challenges or anyone who needs support. She also created The Trailblazing Wellness Project, teaching people how to work and live well with illness, and is a writer, speaker and coach.

Both businesses were set up to address social needs that weren’t otherwise being fully met, both locally and abroad, and are run with a strong social consciousness, supplying ethical and environmental gifts in the gift boxes.

Grace Quantock, on receiving the news said: “I am overjoyed to receive the news and am delighted that, through the awards, my work will be able to reach more people, form strong connections, help to support those living with challenges and continue to do as much social good as possible.” 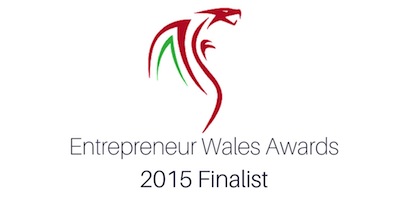 The short-listed entries for the Entrepreneur Wales Awards are now being considered by an all star line up of Welsh entrepreneurial minds including Hayley Parsons, founder and former CEO of Go Compare and Jonathan Davies, editor of Fresh Business Thinking.

Francesca Russell, founder of the Entrepreneur Wales Awards, said: “The Awards Ceremony itself, which is being held at the National Museum on November 12th will be a night to remember, with VIPs from the world of business and entrepreneurship gathering to celebrate the entrepreneurial spirit in Wales.

“While the Great British Entrepreneur Awards, for which Ms Quantock is nominated in five categories, are taking place on 25th November at the Ballroom Southbank, Central London and are set to become the recognised standard of excellence amongst entrepreneurs. They mark a new era for entrepreneurship in the UK and this inaugural event is set to acknowledge and celebrate the contribution and inspiration provided by entrepreneurial businesses.”

Economy Minister, Edwina Hart said: “Entrepreneurs are vital for creating growth and jobs in the Welsh economy. I am always impressed by the talented and hard working entrepreneurs we have in Wales and these awards recognise and celebrate the role they play. The Welsh Government is a pro-business government and supports our entrepreneurs to create a more prosperous Wales.” 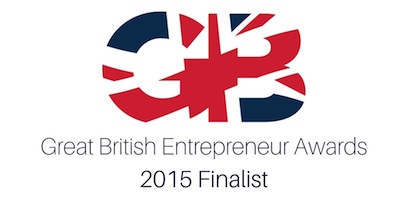 Simon Burton, founder of the Great British Entrepreneur Awards, said: “The entries we have received for the Great British Entrepreneur Awards can only be described as awe inspiring. The quality has been outstanding. The judges have had the extremely difficult task of whittling the great and good of the entrepreneurial community down to the very best and we are delighted by the companies that have made the shortlist.”

Healing Boxes CIC founder Grace Quantock has also been chosen as a finalist in the search for Britain’s Top Real Role Model (BTRRM) for her work on Healing Boxes – an initiative run by leading direct selling business, Amway UK Ltd.

Grace Quantock, from Pontypool, Wales could win £5,000 to invest into her business and benefit from the prestigious accolade of Britain’s Top Real Role Model 2015.

Budding entrepreneurs who set up a business inspired by a hobby or a passion of theirs were invited to enter the competition, which launched in June 2015. Many ‘Passionpreneurs’ from around the country have been outlining their business acumen and entrepreneurial spirit with an online application made via a dedicated website.

Grace Quantock entered Healing Boxes CIC and is now one of ten finalists to have made it through to the last stage of the competition.

Now in its fifth year, Britain’s Top Real Role Model celebrates and rewards entrepreneurship in the UK. Each year, a renowned ambassador spearheads the campaign. For 2015, multi-award winning Interior Designer Kelly Hoppen MBE – an astute businesswoman also recognised for her appearance on Dragon’s Den – is delighted to be involved in the judging process.

Kelly comments on her involvement: “I started my career at the age of 16 and a half when I was given the opportunity to design a family friend’s kitchen. It can be difficult to take the first step as an entrepreneur but it is also an exciting time of self-discovery when you achieve what you once thought was impossible.

“In my capacity as a judge for Britain’s Top Real Role Model, I am looking for a winning entry that is an amazing idea that really captivates my imagination. It must be commercially sound too. I wish Grace all the best in the next stage of the competition.”

Grace Quantock comments: “I am delighted to have been nominated as a shortlist for BTRRM. It means a lot for my social enterprise Healing Boxes to be acknowledged as doing something great for individuals in the UK. If I won, I would use the money towards growing the business on a much bigger scale, to ensure that everyone in need has access to the comfort and support of Healing Boxes.”

Sheryl Franklin-Worth, Corporate Affairs Manager at Amway UK concludes: “Entrepreneurship is vital to the growth of our economy and individuals like Grace are making a difference and that needs to be celebrated. Regardless of the outcome, Grace is making her mark in Wales and we hope the community will get behind her brilliant idea.”

What are you looking for?

This website uses cookies to improve your experience while you navigate through the website. Out of these, the cookies that are categorized as necessary are stored on your browser as they are essential for the working of basic functionalities of the website. We also use third-party cookies that help us analyze and understand how you use this website. These cookies will be stored in your browser only with your consent. You also have the option to opt-out of these cookies. But opting out of some of these cookies may affect your browsing experience.
Necessary Always Enabled
Necessary cookies are absolutely essential for the website to function properly. This category only includes cookies that ensures basic functionalities and security features of the website. These cookies do not store any personal information.
Non-necessary
Any cookies that may not be particularly necessary for the website to function and is used specifically to collect user personal data via analytics, ads, other embedded contents are termed as non-necessary cookies. It is mandatory to procure user consent prior to running these cookies on your website.
SAVE & ACCEPT